Most people in America say that they can use more money. In fact, UPI conducted a survey that revealed that four out of every 10 US workers feel they are underpaid. The irony is that plenty of high-paying jobs nobody wants are available in America.

Some of these jobs require little to no education, but a characteristic about them turns people away from going for them. The jobs are so dangerous, dirty, or disturbing that people would trarather barely get by than work them. These are 21 of those high-paying unwanted jobs and the reasons why people feel that they can’t do them.

The embalmer’s job goes at the top of the list of creepy jobs no one wants. The national pay average for people in this profession is $51,210, with top embalmers earning more than $78,000 annually. However, people steer clear of the profession because of its main tasks.

Embalmers are primarily in charge of preserving a deceased person’s body for a funeral. Some of the key tasks of an embalmer include draining the blood from the body and replacing it with preservatives. These specialists also perform tasks such as applying makeup, dressing the bodies, and ensuring that damaged bodies are presentable for viewing.

Many people are afraid to take on this type of role because it puts them near the subject of death. The schooling required to become an embalmer is a bit extensive as well. One must obtain a mortuary science degree, which can take two to four years to obtain.

Pharmaceutical companies hire people to test medications and concoctions before releasing them to the public. To qualify for this job, an applicant must meet specific criteria, such as having a certain condition or disposition.

The salary for clinical trials can be as much as $40,000 yearly with no education or experience involved. However, many feel that the job is too risky because the medications don’t have FDA approval. Thus, a slew of side effects can occur from taking them, including death.

Sanitary landfill operator jobs entail many tasks that people find undesirable. These hardworking individuals collect garbage and take it to landfills, and they also operate trucks with mechanisms on them that maneuver and dump trash. Furthermore, the job involves heavy lifting.

This job is not very glamorous, but the pay can take care of a person’s family. People at the top levels of the profession can earn more than $67,000 with no training other than a high-school education. The biggest complaint from people who do not want to work these high-paying jobs nobody wants is that they have to handle trash and may not smell very good when they get off work.

Crime scene cleaners are individuals who clean up body fluids, debris, and hazardous materials after murders, car crashes, and other incidents. These individuals earn approximately $35 an hour, which equates to more than $72,000 a year.

Unfortunately, the job frequently exposes workers to injured parties, bodies, blood, and other biohazardous substances. Thus, most American workers don’t want to get into the profession.

Education for this professional includes a high school diploma, crime scene or bio-recovery certification, and PPE training. All additional training is presented to workers on the job.

Exterminator jobs aren’t for individuals who get the heebie-jeebies from rodents and pests. The thought of being in a tight spot in an infested home or office is enough to keep many people out of this field. Those who stay away miss out on the opportunity to earn $58,000 a year with only a high school diploma and on-the-job training.

People shy away from being sewage inspectors for multiple reasons: dark spaces, bugs, bad smells, etc. Crawling around in sewers doesn’t seem very appealing, even for people who need to earn high salaries to support their families. Top earners in this special field earn more than $66,000 a year and only need certification to get hired. It’s a dirty job, but somebody has to do it.

The adult entertainment industry can be one of the most lucrative of them all. Many strippers, escorts, actors, and such individuals have earned hundreds of thousands of dollars each year, and some have even made millions.

The reason it’s one of the high-paying jobs nobody wants is that many people feel it’s degrading. It goes against their morals or values, and they turn away from it despite the large amount of money they can earn.

An elevator repair person can earn over $100,000 annually fixing broken elevators. However, the job made it to the list of high-paying jobs nobody wants because of its danger level. Many people are afraid of heights, while others simply don’t realize how lucrative and secure the job is.

Elevator repair people and installers will always have work because of the endless numbers of highrises built daily. Getting a career in this profession usually requires a four-year apprenticeship and the ability to stand for long periods and lift 100 pounds.

Portable potty cleaners spend most of their day sanitizing and cleaning portable restrooms. They may also perform other tasks such as replenishing toilet paper and toiletries. People shy away from this profession because it involves something they see as “dirty.”

Any job cleaning toilet bowls seems undesirable, but it can get the bills paid. Salaries for individuals in this field can be as high as $40,000 in certain areas. A person can qualify for the job just by having sanitation certifications.

A job as a crab fisherman is not only dangerous, but it’s not very pleasant smelling. These fishermen must ride around in boats and fight the forces of nature until they find enough crabs. The good news is that their salaries can be more than $75,000 yearly.

Mining coal is one of the highest-paying jobs nobody wants. The job involves long hours, tremendous noise, and the danger of collapsing mines. Furthermore, the nature of the job subjects people to respiratory illness. Those details make some individuals stay away from a profession that can earn them more than $115,000 a year at the top levels.

Proctology revolves around the rectum and anus, which alone explains why it’s one of the high-paying jobs nobody wants. Proctologists spend most of their time examining anuses and diagnosing and treating rectal issues. However, someone who gets enough education to obtain degrees in the field can make $250,000 a year.

Police officer jobs can reward individuals who like to protect, serve, and uphold the law fairly and justly. The positions are highly undesirable for some people because of the danger factor. Each day of an officer’s life involves a tremendous amount of risk.

Thus, people with families don’t want to risk it, despite the $88,000 top-tier salary and the level of respect the nation has for officers. Fox News reported that 314 police officers lost their lives in the line of duty in 2021, and the all-time high figure startles prospects.

Livestock semen collectors can earn salaries of $50,000 or more. The catch is that they’re in the profession of extracting semen from animals. A job like this can easily be viewed as creepy and unsettling, and that’s why many people think twice about seeking work in the field.

Slaughters are the individuals who put animals to rest and separate the edible parts for sale to grocery establishments. They earn about $31,000 annually and don’t need a formal education. However, many people don’t believe in harming animals.

Highly paid sanitation workers can make $50,000 yearly, but their tasks are not on many people’s fave lists. They collect waste, dispose of garbage, and sometimes partake in recycling. Thus, the job is not very desirable for people who dislike getting their hands dirty.

Truck drivers can quickly bring more than $60,000 a year into their households by delivering products to warehouses and other institutions. Truck driving companies often offer to pay for their employees’ CDL training and provide them with a comprehensive benefits package.

The reason it’s one of the travel jobs no one wants is because of the time away from home. Some truck drivers don’t have the luxury of going home to their families every night, but they can be amazing gigs for single people with no small children to raise.

Death row executioner is a title many people do not want because of what the job entails. These individuals are responsible for taking inmates’ lives when convicted of murder.

Some people can’t stomach seeing another person die a painful death, while others can’t harm human beings. Furthermore, a large number of people don’t believe in capital punishment. Nevertheless, executioners can earn about $60,000 to $100,000 yearly in their profession.

Urine farmers can earn a salary of $90,000 by collecting urine from deer and reselling it. The Week lists this job as one of the top strangest jobs in the world. That it is, but it’s also one of the highest paying. The idea of collecting pee from animals might be appalling to some people, but others will gladly take the money straight to the bank.

Oil rig workers work on drilling sites and locate and extract oil. They earn a handsome salary of more than $100,000, but not many people want to do the job. These workers operate heavy machinery and sometimes spend six months away from their families and loved ones.

Secondly, it’s a dirty and sweaty job. The industry itself is a little challenging to get into as well. Though a worker may not need formal education, he or she still needs to have experience to gain experience. Thus, getting an oil rig job could be challenging without knowing another person in the industry who could vouch for the occasion.

Landfill operators earn between $29,000 and $45,000 a year, depending on their state of employment. They operate heavy equipment and assist in getting rid of waste. Any job with the term waste in it is something the community doesn’t fight for.

Now you know at least 21 high-paying jobs nobody wants. Consider going for one of them if you find an interest in any of the fields mentioned. You’ll have a huge advantage. 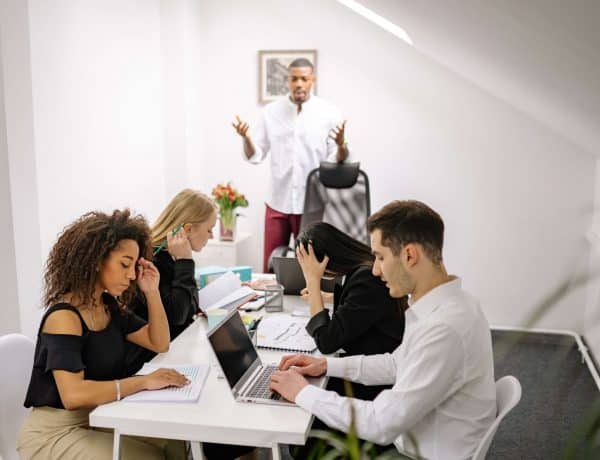 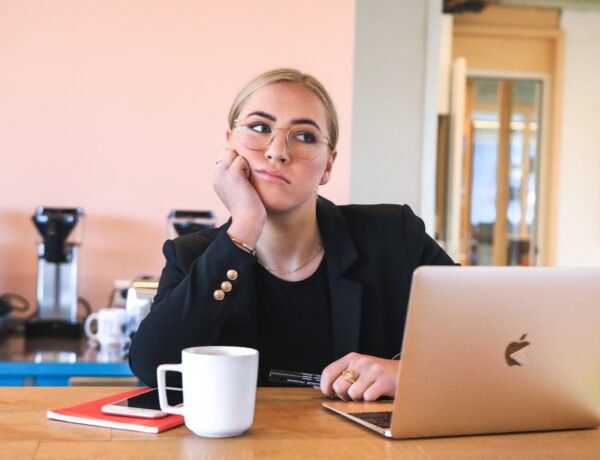 How Long Does it Take to Get Promoted? 5 Factors No One Talks About 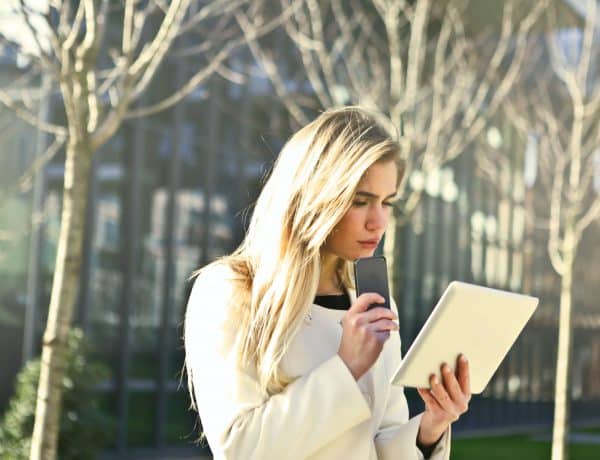 How To Deal With Entitled Customers (Without Losing Your Calm)

Life Of A Leader: What A Leader Does Everyday To Be Successful