This article on Inc.com highlights three bad examples of business leaders whose disruption, lack of tact, or poor supervision led to some colossal business problems and legal headaches.

This article isn’t about failures, though. Someone once said that you should learn by your mistakes, but you shouldn’t learn everything that way.  In fact, great leadership examples in business point the way for young leaders to hone their skills and earn the aforementioned big bucks.

What follows is a list of 15 business leaders, past and present, whose good leadership examples in business are worth close study and adoption.

This showman and pioneer in the entertainment business captured the country’s imagination. He was a remarkable promoter and adman, who coined the phrase, “There’s a sucker born every minute.”

Widely credited by historians as being a transforming force that jump-started America’s industrial revolution, Carnegie harnessed the talent of his managers and professionals to forge a steel empire.

Carnegie’s quote on promoting his employees: “You cannot push anyone up the ladder unless he is willing to climb a little.”

Rockefeller became the first American billionaire. He ran and controlled the country’s 19th century oil economy and his successful Standard Oil Company fueled the revolution in widening travel and transit for Americans with cheap and plentiful gas and fuel oil.

Rockefeller, who is credited with creating 75,000 jobs, said, “I believe in the dignity of labor, whether with head or hand; that the world owes no man a living but that it owes every man an opportunity to make a living.”

His company’s assembly line techniques made workers more efficient and productive. His vision and approach to production both lowered the cost of materials and changed the course of industrial history. For paid his workers a salary of $5 a day in 1914. Adjusted for inflation, it would be $138.29 today.

Born Josephine Esther Mentzer, she was an entrepreneur and savvy business person, who built an empire of women’s cosmetics and perfumes sold throughout the world. Her long life—she lived to age 97—and outstanding success in business earned her the Presidential Medal of Freedom in 2004.

Her most famous inspirational quote: “I never dreamed of success, I worked for it.”

Walt Disney (1901-1966), famous for his family entertainment empire, said, “A man should never neglect his family for business.” His business philosophy: ““Togetherness, for me, means teamwork.”

Madam CJ Walker (1867-1919), was an African-American entrepreneur and first female self-made millionaire in America. She developed beauty products for the underserved African-American women’s market and earned her fortune through hard work. Said Walker, “Don’t sit down and wait for the opportunities to come. Get up and make them.”

General George S. Patton (1885-1945) was a World War II fighting general, who specialized in the deadly business of war. His management style was as pragmatic as it was brutal. Some of Patton’s famous quotes:

“Every leader must have the authority to match his responsibility.”

“Never make a decision too early or too late.”

10 Contemporary Leadership Examples in Business And Advice to Young Leaders

The first in our alphabetical list is Jeff Bezos. He’s also probably the second richest human on planet earth, having relinquished the number one position to Elon Musk. Nevertheless, Bezos will have to be content with his net worth of about $205 billion.

As CEO, Bezos credits the enormous success of Amazon to his laser focus on placing customer satisfaction above everything. His goal is to make Amazon the “world’s most customer-centric company.”

His advice: “The most important single thing is to focus obsessively on the customers.”

Head of Virgin Airlines and founder of the Virgin Group, Branson leads a very busy life with over 400 companies to look after. His portfolio includes selling $450,000 seats on space airplanes as well as a more down-to-earth chain of music stores.

Branson’s vision is encapsulated in this quote: “Business opportunities are like buses; there is always another one coming.”

At 91, Warren Buffett is America’s premier philanthropist, business magnate, and investor. As one of the most successful business investors ever, he runs Berkshire Hathaway, a company that in turn owns more than 60 other diverse businesses like Geico, Duracell, and Dairy Queen.

Warren Buffett is the E.F. Hutton of quotes. (When he talks, people listen.) Here are three of his famous observations:

“Risk comes from not knowing what you are doing.”

“In the business world, the rearview mirror is always clearer than the windshield.”

Cuban owns a wide range of companies. He is the owner of the NBA’s Dallas Mavericks team, Magnolia Pictures and Landmark Theatre.

His advice: “Choose something that you both love and are good at.”

Microsoft’s mega-billionaire has a special spin on failure and handling unhappy clients. He considers them an asset and the best way to learn the truth about the flaws in your business or product.

Says Gates: “Your most unhappy customers are your greatest source of learning.”

With a net worth of over $3 billion, she was the President and Editor-in-Chief of the Huffington Post Media group. She stepped down to work full time at Thrive Global, whose mission is training for a more stress-free world.

Says Huffington, who has faced her share of criticism and partisan attacks, “Fearlessness is like a muscle. The more I exercise it, the more natural it becomes not to let my fears run me.”

This greatest innovator was the genius of his generation until his passing in 2011 from cancer. Jobs’ attention to detail and always putting quality over quantity, is summed up in this advice to young entrepreneurs.

Achieving almost fairytale success, Jack Ma started a business platform in China for small businesses to seek out customers. His online portal became a huge success, after which he consolidated his platform into several other business domains and became the go-to platform for companies specializing in online shopping, money transfers, and related e-commerce.

His advice to new entrepreneurs looking for business ideas: “Forget about your competitors, just focus on your customers.

Chairman and CEO of LinkedIn, he is not the founder. However, Weiner’s leadership resulted in the successful stock offering and growth of LinkedIn as the premier and most-used business networking social media platform in the world. He was also instrumental in LinkedIn’s $26 billion acquisition by Microsoft.

Addressing the graduating class of his alma mater, the Wharton School at the University of Pennsylvania, Weiner got a laugh from the crowd when he said, “Students, today is a big day. That’s right. Today is the day you finally…get to update your LinkedIn profile. Congratulations!”

On a more serious note, Weiner’s address focused on the theme of compassion. Said Werner, “…if it weren’t for learning the meaning and value of compassion, it’s likely I wouldn’t be on this stage today… Put another way, compassion is empathy plus action.”

Given Zuckerberg’s meteoric success, it may seem surprising that his advice to young entrepreneurs is to move fast and “make mistakes.” His point of view comes from his belief that, as the saying goes, perfection is often the enemy of excellence. You can always circle back and correct mistakes and make improvements along your journey.

As one explanation of  Facebook’s success on social media, Zuckerberg wrote: “Moving fast enables us to build more things and learn faster.”

Today, American business leaders stand astride about 60 percent of the country’s GDP. That’s about $13.6 trillion—the definition of big bucks. There are as many different types of leaders as there are personalities and experiences that molded them.

The best leaders know and practice leadership styles that are suitable for their business environment and get the best results from the people they lead. Whether you’re the George S. Patton autocrat or the Jeff Weiner Democratic type, knowing your own leadership style is the first giant step in becoming an effective leader.

8 Ways to Create Powerful Stories About Leadership and Teamwork 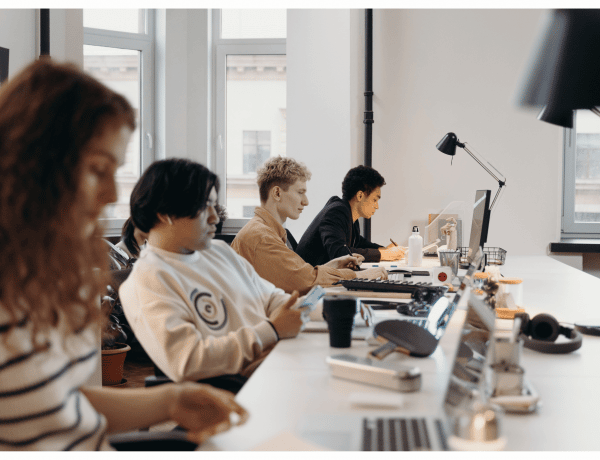 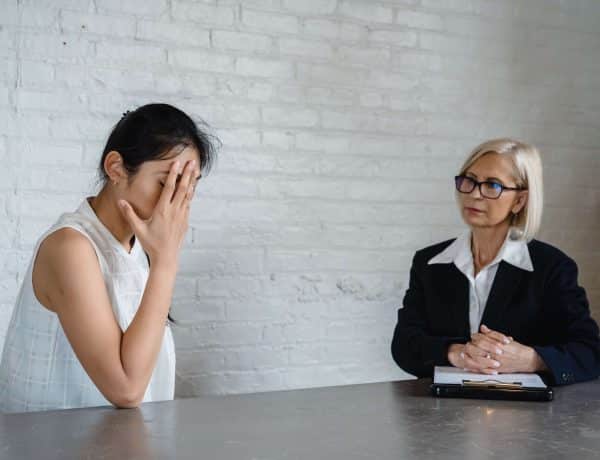 How To Overcome Your Shyness And Become A Bold Person