Have you ever worked in an ice-cold environment where some of your coworkers or managers didn’t talk to anyone? Did you ever wonder why people are not talking to anyone at work?

Maybe you even felt like they had something against you, or perhaps you’re the one who doesn’t speak. These are 15 reasons that can better explain why some people don’t want to talk to anyone at work:

The number one reason people are not talking to anyone at work is that they don’t have to. Workers only have to perform the duties related to the job, and they can choose whether to do anything extra.

Socializing with coworkers and management is an extra activity that some workers elect not to do. The more extroverted workers may dislike it, but it doesn’t make the introverted workers any less worthy of respect and humane treatment.

Free will still exists within the four corners of the workplace. Thus, workers and managers can choose not to speak to other people unless it’s necessary.

Such people might only answer direct work-related questions or approach the staff when issues arise. They might not be chatty types, and that should be okay.

3. They Had Bad Experiences

You might notice that some workers only talk to customers and clam up when coworkers try to befriend them. That behavior could be due to a previous bad experience where the individual felt betrayed or slighted. They may have decided they don’t want to talk to anyone at work anymore.

Some workers are not talking to anyone at work because they’ve been misjudged too many times. Maybe they opened up to their coworkers, only to have their words twisted and used against them.

Perhaps someone misjudged them grossly. In that case, the workers might feel like they’d rather be called “weird” for not speaking than to have everything they say reworded and used as weapons to harm them.

5. The Trust Is Lacking

Trust issues tend to leak into the workplace. So, if a person doesn’t trust people in general, that person will likely not trust a bunch of people she doesn’t know. That may change once the worker familiarizes herself with the coworkers and management, or it may not.

6. They’ve Gotten in Trouble for It

Some workplaces have strict rules against chitter-chatter and socialization. Many workplaces didn’t allow people to get close to each other during the pandemic because of the scare it presented. Those practices might have become the new normal for specific workplace environments, and no one talks to anyone anymore because they’re used to being quiet.

Some workers received write-ups or warnings for talking, and they don’t want to get new ones. Thus, they keep quiet and don’t engage with their team socially anymore.

7. The Workplace Isn’t a Chat Room

The hard truth is that the Workplace isn’t a social media chat room. It isn’t Facebook unless you actually work for Facebook, and even then, the employer probably prefers workers to be task-focused.

Some employers are not interested in socializing at work. They come there to do their job, earn their pay, and go home. If you want to befriend those people, you need to make an effort outside of work and separate the work-life and personal life.

They are private people who don’t want the entire gossipy workplace to know that they have an interest in being friends or romantic partners with you. Workplaces can be brutal, so they prefer not to bring up sensitive matters or talk to anyone while they’re on the clock at the job.

9. They Aren’t Comfortable in the Workplace

Some workers don’t feel comfortable in their environment. That feeling is common in new hires and individuals who’ve experienced hostility, betrayal, and other goodies in the workplace. It might be difficult to get those people to speak until they let their guards down naturally.

The best practice is not to push them to be a certain way. Let them be themselves and come around at their own pace.

10. They Need To Focus on Work

Many people take pride in the work they do. They want to give a superb performance, and chatting on the side can disrupt that.

Thus, those individuals may not be eager to talk about personal stuff when orders are rolling in, or items are sliding down the conveyor belt. You might have better luck with them during a break or lunch session or after the workday.

11. They Don’t Want Their Communications Taken the Wrong Way

Married and taken individuals might be a little quiet because they don’t want other people to take their communications the wrong way. Maybe that’s why a guy at work doesn t talk to anyone at work or a girl refuses to chat.

People have a way of misreading things and making them juicier to recycle in the gossip columns. Therefore, a genuinely friendly woman can quickly become the workplace h**, or workers might misconstrue a kind man’s words as flirting or trying to have an extra slice of cake.

Workers rarely clam up and shut down because they don’t like people at all. Their church-mouse persona usually has to do with some people’s behaviors and the circumstances surrounding the job. Those individuals might feel safer not saying anything to anyone so that no one has anything to twist.

The workers you think are rude may have a disability. You shouldn’t know anything about the disability if the workplace handles itself accordingly. However, don’t forget to consider it a possible reason for someone’s lack of communication.

14. They Have Side Gigs as Mimes

Many workers hold side gigs to make ends meet, and the side gig realm includes a vast assortment of positions. Maybe the worker you want to talk to has a side gig as a mime and often forgets to get out of costume for the day job. Take a few minutes to watch your coworkers from afar to see if they might be expressing themselves with hand gestures instead of words.

15. They Don’t Engage in Small Talk

Some people believe small talk is counter-productive and meaningless. They don’t engage in it in the workplace, and that’s their permanent stance. There aren’t too many things you can do to change that if it’s the way the individual likes to carry himself or herself.

What To Do if No One Talks To Anyone at Work

Your options are limited if no one talks to anyone at work. Free will, personal choices, personality settings, and workplace guidelines rule the roost. These are some tips you can use to navigate quiet workers and non-existent relations:

Try Initiating Once or Twice

Some people are guarded but receptive if other people initiate conversation. These individuals will usually talk with anyone who hasn’t harmed them. You can approach such a person with a friendly greeting, question, or comment about something that might interest them. Do it at a non-busy time and see where it goes from there.

Give People Their Space

It’s important not to overstep if someone seems unreceptive to your communications. Don’t ever force someone to talk to you by insulting them or saying something is wrong with them because they choose not to speak to you. All you can do is offer your conversation and accept their refusal if they don’t want it.

Think of it as someone refusing to take a random snack from you instead of taking it personally. You wouldn’t be upset if someone didn’t want to take a candy bar from you, right? They could have a million reasons for not wanting to eat that candy: allergies, full stomach, prefers white chocolate, etc.

The same goes for interpersonal relationships. It doesn’t mean they dislike you because they don’t want to talk to you at work. Sometimes it does, but that’s okay, too. Free will.

Ask Them Why They Don’t Talk

You can approach the individual and ask them why they don’t talk very much. Keep your inquiries gentle and not too overly demanding, and you’ll be fine. Your coworker might choose to explain the circumstances to you to understand his or her choices better.

Become Obsessed With Your Work and Customers

Focus on becoming more skilled and experienced in your work tasks and put your energies into dazzling the customers who want you to delight them. Don’t put too much heart into convincing your coworkers to socialize with you.

After all, their communication isn’t a life or death situation, and you can live with it or without it. Let them choose how they want to interact with you, and accept their choices with grace.

You should now understand why some people don’t want to talk to anyone at work. Sometimes, there’s more to it than meets the eye, and it rarely has anything to do with you. Even when it does, it’s just a tiny thing in the whole scheme of life. 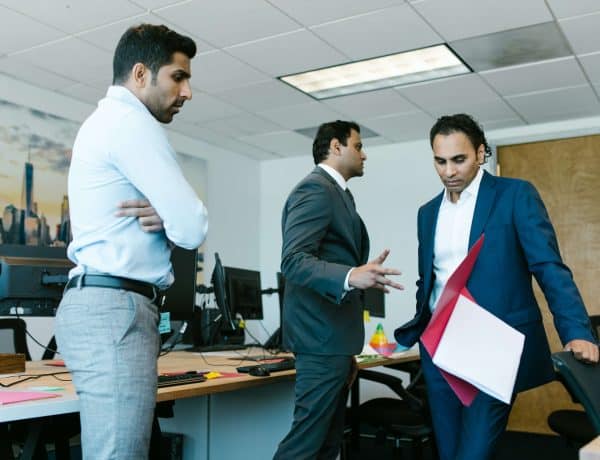 Thinking “My Boss Has Changed Towards Me”? Here Are 5 Ways To Handle The Situation 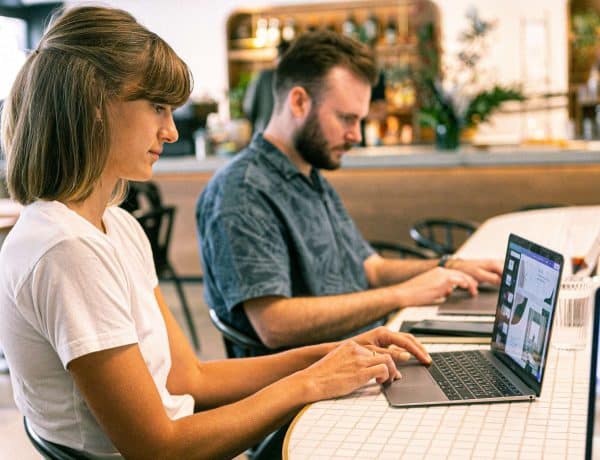 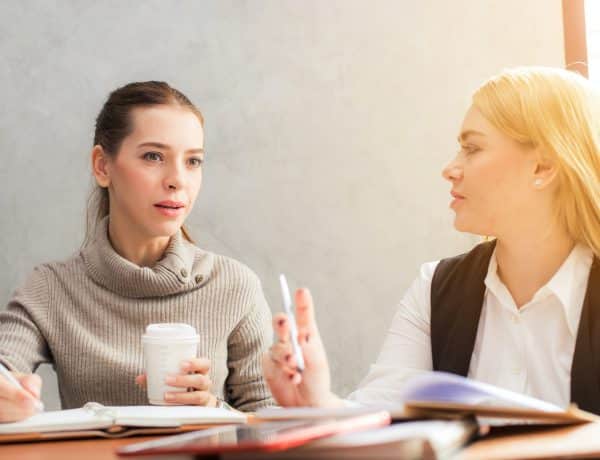 How to Become More Articulate: 11 Hacks to Be a Better Communicator

How to Spot the Warning Signs of Favoritism at Work