Signing NDA Before Interview: When You Should (And Shouldn’t) Sign

NDAs are a common thing in business. There are several reasons why you might need to sign one, including to protect a company’s intellectual property. But when it comes to signing NDA before interview, you do need to take a good look at what you’re signing and make sure that you’re not limiting yourself and your future career.

In this article, we’re going to look at what an NDA is, the consequences of breaching an NDA, when it’s okay to sign an NDA, and when you really should walk away.

What is an NDA?

NDA stands for “non-disclosure agreement.” This is a legally binding contract that limits what you can or can’t discuss outside of your interview. You are agreeing not to share any sensitive information that the company might give you during your interview. If you do so, your potential employer can claim breach of contract and may be able to sue you.

When signing NDA before interview, you might find that you’re presented with something called a confidentiality agreement, a confidential disclosure agreement, or a secrecy agreement. All of these are just different names for an NDA.

What are the consequences of breaching an NDA?

When signing NDA before interview, be aware that there can be real consequences if you breach the non-disclosure agreement:

How long should an NDA last?

Most NDAs should have a starting date on it and an end date during which you can’t share any stated information within the NDA. This should be tailored to suit the type of information being covered by the NDA.

When you read your NDA, look at how long you will be expected to keep confidentiality, as this may have an impact on you and your career. You may also be putting yourself under legal liability for longer than necessary.

Be aware that for certain trade or intellectual property information, the NDA may not have an end date. For example, there’s never going to come a point where KFC is happy to share their secret recipe.

What information must you keep confidential?

This should be clearly stated in your NDA, usually in categories of information, like trade secrets and proprietary processes. If it’s not clearly stated, be very wary of signing, as you could open yourself up to being sued when you don’t know what you can’t talk about.

For signing NDA before interview, the NDA should at least specify the information the employer is going to share during the interview. But it should be narrow in scope, and not written in broad, unclear terms.

Read More: Applying For A Job At A Client Company: 4 Things To Consider

What should you do to keep confidentiality?

If you do sign your NDA before your interview, you will need to adhere to the terms and keep any information you are given confidential for the life of the agreement. Even if you leak information on accident, you will still be legally liable.

If you are given any written or electronic information, you will need to use strong passwords to protect your devices. You might also use a firewall, VPN, and encryption.

If you have physical copies, you should keep any sensitive information in locked storage. If you need to destroy information, you must use a shredder, or a trusted shredding service, to destroy the information.

“In almost every profession – whether it’s law or journalism, finance or medicine or academia or running a small business – people rely on confidential communications to do their jobs. We count on the space of trust that confidentiality provides. When someone breaches that trust, we are all worse off for it.” Hillary Clinton

Asking you to sign an NDA for any of these reasons is perfectly normal. In fact, an NDA can be a good thing in this case. You are protecting your potential employer, your current employer, and yourself, with a genuine NDA.

The NDA, however, should be narrowly focused only on what needs to be specified and no more. This allows your potential employer to freely share information about your role and the company during your interview.

However, there are things to watch out for when signing an NDA and I’ll explore some of those below.

An NDA is legally binding, with real consequences if you breach it. When signing NDA before interview, read the document thoroughly before you sign. Look out for any red flags and be prepared to walk away if you’re not comfortable with the agreement.

Here are just some things to look out for when signing an NDA:

Here are some things that should not be in an NDA:

What to do before signing an NDA?

Before signing NDA before interview, read the whole agreement thoroughly. Look out for the red flags and potential problems we mentioned above.

Ask for more information if you’re not sure, and don’t be afraid to ask for time to run the agreement past your own contract-law attorney. No reasonable employer should refuse this, and if they do, that’s another red flag.

Don’t just accept that everything in the NDA is standard language or that it’s all there for your protection. Check everything before you sign it.

Listen to your gut. If you know something’s not right, don’t sign the NDA before getting it checked out by a professional.

What are your options if you don’t want to sign an NDA?

You can negotiate an NDA. You don’t have to sign it as it is. I know it’s tempting when you really want the job, but you can cause yourself so many problems in the future if you sign a legally binding agreement that isn’t in your favor.

Highlight all of the problems or questions you have in the NDA and then go through them one by one with the interviewer. If they’re trying to rush you or give you vague answers, watch out.

Negotiate what you can and ask to remove anything that you’re not happy with. Get your attorney to come with you if you’re not confident doing this on your own. If your prospective employer refuses to negotiate, then be very wary. You then need to make a decision on whether you are going to proceed with signing the NDA.

If you’re really not happy with the agreement, and the employer won’t negotiate, then don’t be afraid to walk away. I realize that’s easy to say and potentially far more difficult to do, especially if you really need a job. However, you could be setting yourself up for long-term problems if you sign an NDA you know isn’t right.

It is a tradeoff, and you are losing a job opportunity. But are you really losing anything if you don’t think you can trust your potential employer before you’ve even started with the company?

I Think I Messed Up My Interview: 7 Tips to Recover 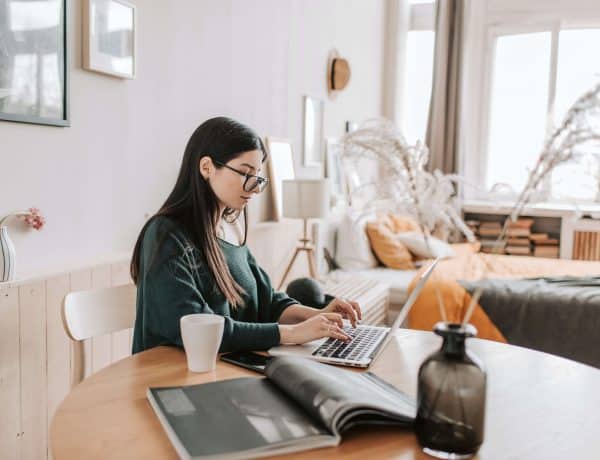 How To List Skills That I Taught Myself On Resume

What Happens If You Fail Probation At Your New Job: 9 Steps To Take