If you work at a job where coworkers watch your every move, you probably feel like a stalking victim in a low-grade horror movie.

Here’s how it goes …

You step to the break room to grab a sip of your protein drink and catch your coworker peeping at you from around the corner. Oh, darn. Now you can’t empty all the purses and hack the company’s computer.

You return from an approved two-minute restroom break. Then the boss scolds you because your coworker told her you didn’t do a task — while you were in the bathroom.

You pass gas, and corporate knows about it before the smell hits the air. Oh, and that one coworker knows your scheduled start and end time — and whether you took a break — better than you do.

Why Are There Coworkers Who Watch Your Every Move?

Peer stalking monitoring happens to many innocent workers, and the reasons behind it vary. Some of them make sense, and some are outright malicious. These are common explanations for why you work with coworkers who watch your every move:

Your Employer Doesn’t Trust You

Sadly, some employers hire people they don’t trust and then recruit informants to track and report their every move. The more sensible approach is to pass on “suspicious” candidates and not hire them, but that isn’t much fun. This way, they can harass the workers until they quit and then call them scumbags for leaving.

Some Workers Get Ahead by “Snitching”

Every workplace has kiss-ups, and those individuals will step on anyone’s toes to get ahead. If it means they have to discredit their coworkers, tell on them, or make them look bad in the manager’s eyes—so be it.

You may be in an environment where one or several of your coworkers or managers are insecure. Maybe someone views you as a threat and attacks you to get rid of you.

The Entire Clique Is Petty

Varied personalities operate inside workplaces, and maybe you’re dealing with a bad batch. There might be little rhyme or reason to what they do, and they could simply be unkind people.

How Common Is This Behavior in Workplaces?

Micromanagement occurs in many workplaces and has lived inside businesses for many years. A 2014 study by Accountempts revealed that 55 percent of employees worked for micromanagers. Sixty-eight percent suffered massive morale losses.

A Trinity Solutions study showed a 24 percent increase in micromanagement cases. Eighty-five percent of those workers said their experiences damaged their self-esteem.

Workplace mobbing is another negative dynamic that weaves itself into many workplaces. Psych Central reported that 66.7 percent of workplaces have at least one bully on-site, and those leaders often recruit others to mob workers. Thus, the “close eye” game is nothing more than an extension of bullying.

What To Do if You’re a Lookie Victim

The behavior mentioned above is a twisted form of micromanagement. It fosters mistrust and feels a lot like a hostile work environment. Here are some smart solutions you can try if it happens to you:

1. Ignore It and Continue To Perform Well

This tip is one of those “easier said than done” solutions, but it is a remedy. Try to ignore childish behavior and focus on perfecting your work. Your ethic will speak for itself, and your managers will see what your coworkers do.

On the other hand, none of that matters if you’re in a hostile work environment. The problem goes beyond the four walls of your worksite, and a stellar performance won’t solve it.

Maybe you’re not a fan of confrontations, but the situation might resolve if you shed some light on it. By bringing attention to the problem, you inform them that you’re aware of it.

“Thanks for following me to the breakroom and watching to make sure the aliens didn’t grab me. You’re an awesome team player.”

“Thanks for telling the boss I didn’t do my work while I was in the bathroom. I’ll try to beef up my omnipresence skills from now on.”

You can also be firm and ask your stalker why she follows you around like the Paparazzi when you’re not even a celebrity.

3. Speak To Your Supervisor

You can talk to your boss and tell her your coworker’s behavior makes you uncomfortable. She’ll respond with concern, victim-blaming, or gaslighting. You might want to polish up your resume if she replies with either of the last two.

The human resources team handles issues immediate supervisors can’t fix. They may offer help if you have documentation to support your complaint. But seasoned hecklers usually have years of experience delivering subtle joy killers. Thus, providing tangible evidence might be difficult.

You could turn their behavior around on them if you feel like being petty. Take snapshots and videos of all their activities and show them to the manager—or send them to the CEO for fun.

Bring a scratchpad to work and take notes whenever they gossip, steal, or cuss. Record each word they say about absent coworkers’ protected disabilities and sexual preferences as well. Consider taking all your scribblings to an employment attorney for kicks.

Distance can be an excellent buffer against workplace stalking. Hence, you can transfer to separate from your coworkers, which will make it difficult for them to watch you.

It might also give you breathing room to do your job. The downside is that your manager might recruit someone else to watch you if he pulls all the strings.

7. Gray Rock Them To Death

Gray rocking is a technique used in narcissistic relationships. The idea is to avoid showing any emotions to people who try to upset you. If executed well, the tactic will make you less appealing as a source of supply, and thus, make you a boring target.

Gray rocking requires a high level of resilience, a strong poker face, and the willingness to stay and deal with the nonsense. Some workers decide the jobs aren’t worth it, and they choose to develop an exit strategy instead.

Pretend you don’t even “get” that you’re the butt of all their jokes. Make like you have no idea they throw you under the bus to the managers. Then smile and act clueless, as if you don’t have all your wits about yourself.

This tactic is a variation of gray rocking you might enjoy. The goal is to frustrate your adversaries so much that they give up because they think you’re too stupid to abuse.

You can always choose to play politics with the crew and leaders to gain acceptance. To do so, you’ll need to take part in the gossip, accept your scapegoat role, learn to backstab, and kiss up to the bosses.

It all boils down to whether you’re willing to throw away your work ethic and morals to have everyone “like” you. If so, you can start your next work shift by bringing a plastic grin and a box of donuts for everyone. Proceed to the next suggestion if that solution doesn’t seem appealing.

It might be more productive to cut your losses and apply for a job with another company. You can take the L — loss or learning experience — and move on to greener pastures.

No job will be problem-free or perfect, but many will have higher morale than this one. You deserve better than working with coworkers who watch your every move.

Create a thoughtful resignation letter and let your supervisor know you’re leaving. You’ll know you did yourself a favor when the boss doesn’t respond or acknowledge your note.

It’s Time To Call the Game

Many workplaces hire abrasive personalities, and their managers are unwilling to “manage” their drama. That’s why so many cliques get away with mobbing and hostility. No one wants to referee the playground.

But you can be your referee and call the game if it looks like an unbalanced match. That doesn’t mean the workplace won, but it means you realize they don’t play by the rules.

Use the experience as the motivation to start a new career or journey. Later in life, you might find that leaving was the best decision you ever made. 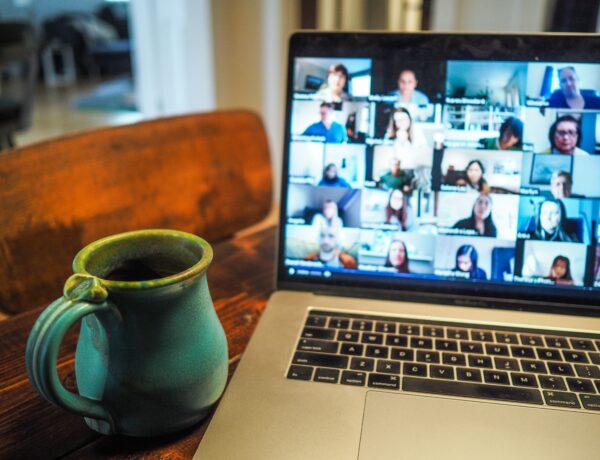 What is Digital Communication and why is it increasingly Important? 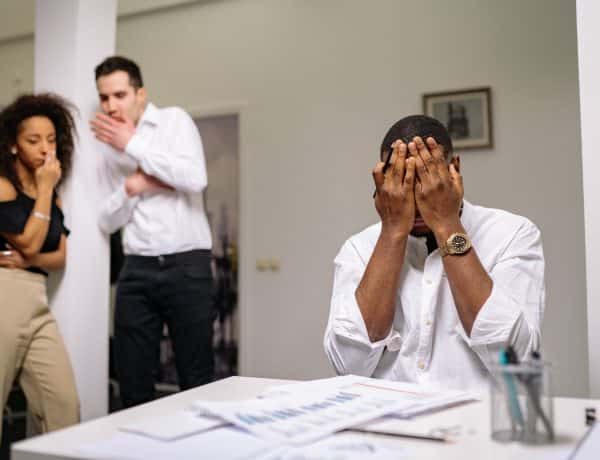 A Nosy Coworker Keeps Asking Personal Questions At Work? 12 Easy Ways to Deal With Them